There are many reasons to condemn and agonise over Pakistani Taliban’s wanton attack on Bacha Khan University in Charsadda on 20 January, causing twenty-one deaths and injuring more than thirty people, but two definitely stand out singularly. This private institution of higher learning was named after a great humanitarian and eminent freedom fighter, who avowedly believed in non-violence that he practised even before Mahatma Gandhi (1869-1948) made it into his unique creed. Khan, a towering and no less charismatic personality, began his long political career during the stormy day of the Khilafat Movement when Indian Muslims were deeply astir over events in the Ottoman caliphate. Exhortations for tolerance, non-violent resistance, modern education and an austere life endeared Khan Abdul Ghaffar Khan (1890-1988) across South Asia besides earning him a well deserved title, Bacha Khan—the King Khan. Charsadda was his birth place though the illustrious Khan willed to be buried in Jalalabad underlining his lifelong desire to solidify his ideas among fellow Pashtuns--often derisively called Pathans by the Raj and others. Not only this massacre of two teachers and nineteen students happened on Khan’s death anniversary, it callously took place in his very town as well and presumably the four perpetrators and their backers claiming responsibility for this heinous crime happened to be fellow Pashtuns for whom he had devoted his entire life.

Secondly, this latest atrocity targeting an educational institution in Pakistan has happened thirteenth months after the brutal and unprecedented attack on Peshawar’s Army Public School (APS) that had claimed 144 innocent lives –130 of them innocent young pupils. The attacks on academic 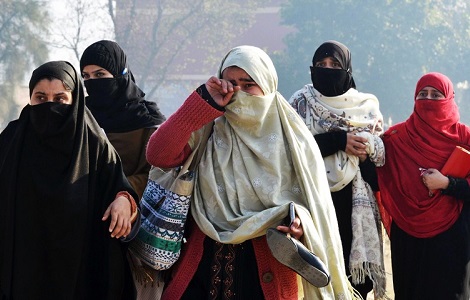 institutions in recent years highlight desperation among the militants, as much as they reflect their stubborn rejection of modern education itself, which to them is immoral. Of course, schools and pupils are soft targets unlike the well-fortified cantonments and such other buildings and the resultant global media coverage that understandably makes such events into spectacular headlines earns the sadistic perpetrators even more publicity. No wonder, organisations such as the IS and Boko Haram routinely mount such attacks on civil targets, which despite all the ignominy, earn them wider coverage and a defiant notoriety even if they may incur more ire and condemnation from across the world opinion.

Looking at the patterns of some of these attacks on civil institutions all the way from West Africa to Indonesia, one notices a steady increase on assault on schools, students and places of higher education though such attacks both in Afghanistan and Pakistan outnumber the rest. In Iraq, the attacks have focused on religious seminaries and certainly accrue out of sectarian divide whereas in the rest of the case studies it is the schools and students who have been bearing the brunt of this nihilism. In Afghanistan and Pakistan, most of the targets have been in Pashtun areas and are often attributed to or even acknowledged by overwhelmingly Pashtun Taliban groups on both sides. Pakistan, sadly, as per Global Terrorism Database has been experiencing the highest number of attacks on educational institutions.[1] In Pakistan, over the past decade, almost 4000 schools have suffered decimation and majority of them were in Peshawar, Federally-Administered Tribal Areas (FATA), Malakand Division, Dera Ismail Khan, Quetta and Karachi—the last often attributed to Pakistani Taliban and their cohorts from amongst other militant outfits. Recently, Afghan Taliban have begun to target educational institutions—along with other civic/soft targets—and, among several factors, it appears to be a clear rejection and even sheer antagonism towards what is generally seen as modern education. This rejectionist violence is certainly linked with a class-based dimension and geo-politics especially following the invasion of Afghanistan and the NATO’s longest and enduring engagement in Soutwest Asia.

The suspicions and even strong reservations against modern education across the Muslim world have been evident since the early colonial era though rejection of early industrial and academic innovations may date from the era of land based empires such as the Ottomans, Safawids and the Mughals. However, colonialism exposed Muslims and the others to an unassailable primacy of Westernism with modern education, new legal systems and missionary enterprises operating as its linchpins. The resistance to Western colonial hegemony through Abdul Qadir’s revolt in Algeria, Imam Shamil’s resistance in the Caucuses and that of the Indians in 1857 all failed to turn the tables on colonial powers and a sort of introversion took hold of  ‘displaced’ indigenous elite. In this context, while reformers and modernists such as Sir Syed Ahmed Khan (1817-1898), Muhammad Abduh (1849-1905), Syed Ameer Ali (1894-1928) and others tried to induct modern education as a dire exigency, traditional elite with a large section of ulama such as from the seminary of Deoband—founded in 1867-- rejected this reformism. Even a Pan Islamist like Jamal ud Din Afghani (1838-1897), with all his opposition to a racialised Westernism, had been advocating urgency for reforms. However, Muslim ulama viewed modern education a sheer subordination and kowtowing to un-Islamic influences. Later official efforts in Turkey, Iran and Afghanistan often met diehard antagonism and orthodox Islam began to be arrayed against its modernist versions.

The salience of Political Islam, amidst disillusionment with post-colonial ruling elite, and as highlighted by the Iranian Revolution and Jihad movement in Afghanistan--both dating from 1979—has proved to be an enduring paradigm. What the Deobandi ulama or other organisations such as Jamaat-i-Islami of Pakistan and Muslim Brotherhood of North Africa could not achieve, Imam Khomeini and the Taliban seem to have attained. The Saudi version of a purist Islam assisted some Islamist movements initially with money and indoctrination but soon both the transformative and equally potent versions of Sunni and Shia Islam began to fashion the polities and societies across the Muslim world. Concurrently, both of them began to contest and conflict in Iraq, Pakistan, Syria, Lebanon, Afghanistan, Bahrain and even in Saudi Arabia.

Thus, to a great extent, political Islam, through its radical Sunni and Shia embodiments, stipulates total transformation and applies violence irrespective of its victims, and while fighting status quo and hegemonies, is assuredly hegemonic. To its adherents, and demographically they are mostly disenfranchised young people, in its manifestations such as the IS, Al-Shabab, Pakistani and Afghan Taliban or other such groups, it promises replacement yet is only successful in displacement by auguring more instability. Pan-Islamism is a major and no less seductive emblem of this version of political Islam and its victims are often fellow Muslims, especially women, and non-Muslim minorities. It adherents deride modern education, democracy, gender empowerment especially through education and romanticise both violence and trans-territorial solidarity under the dictum of a singular Umma. The proponents as well as foot soldiers of these versions of Islam are grassroots Muslims drawn from tribal, rural and inner-city clusters where issues of economic deprivation and political marginalisation coalesce with the quest for a self-assuring identity. Here Muslim diaspora is not an exception either where even some younger Muslim women, faced with those individual issues or communal retort, seek out affiliation with the IS despite the fact most of them may even know the hazards involved.

The four attackers of Bacha Khan University who killed twenty students along with their two teachers definitely rekindle the memory of the biggest massacre of the teachers and the taught in Peshawar’s APS in 2014 and also the kidnappings and even elimination of hundreds of school girls by Boko Haram over the past several years. In Pakistan’s Khyber Pakhtunkhwa province—formerly known as the Frontier—the attack on Malala Yousafzai in Swat in 2011 received global attention but there have been several intermittent attacks across the province before and after that dramatic event. Factors behind the Taliban attack on Yousafzai may be many but reductively are symptomatic of that rejectionism which has become a full-blown antagonism of modern education in rural, tribal and other poorer sections across Southwest Asia. Here, finding themselves on the margins of society and seeing no future ahead, especially amidst political turmoil owing to domestic and external factors, younger people fall vulnerable to anger and hostility towards modern education and its proponents and beneficiaries. Unlike the former, their counterparts have privileges and bright future and are allegedly willing to work against Muslim interests.  So while armies like Pakistani, Nigerian, Uzbek, Chinese, Turkish or Indonesian may hunt for ‘militants’ across the borderlands or inner city dwellings, the fault lines need holistic set of ameliorative policies. The Muslim communities, desirous of universal peace and security, certainly need to espouse an alternative narrative on Islam, education, politics, empowerment and gender, which must reach out to diverse and underprivileged people. Arming teachers and having more security personnel guarding institutions may not guarantee the total safety for all though training them in self-defence and latest security techniques could be quite useful.[2] Khan Abdul Ghaffar Khan, whose death anniversary was being celebrated through a poetry recital session {mushaairaa} the day this mayhem took place, still offers a significant food for thought. His creed hinged on an inclusive Islam, peaceful resistance, traditional Pashtun ethos of honesty and hospitality and a political struggle pursued through non-violent and non-apologetic means. Bacha Khan exuded confidence in his own culture, faith, history, language and most of all his own people and through his Red Shirts Movement personified that human touch which may rekindle hope in the troubled lands on both sides of the River Indus.

* Professor Iftikhar H. Malik, FRHisS, teaches at Bath Spa University, England, and is an MCR at Wolfson College, Oxford. This email address is being protected from spambots. You need JavaScript enabled to view it.

Tagged under
back to top