Sudan Calling: A belated Arab Spring or a continuing process? 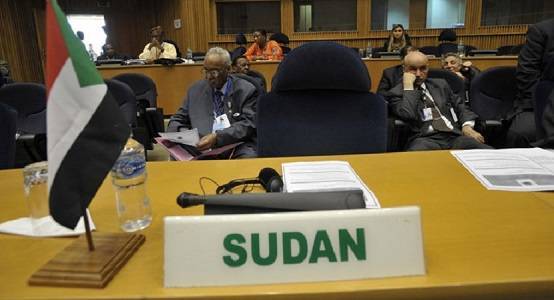 Protests across Sudan are well into their fourth month, consistently defying President Omar al-Bashir’s suppressive response, as well as his superficial political appeasing efforts. That persistence, stemming from economic and political demands highly similar to those expressed in several Arab countries during the so-called “Arab Spring”, interestingly underscores a relevant continuity of the transformative dynamics that emerged back in 2011. In Sudan, similar peaceful revolts have twice -in 1964 and 1985- ended up in the collapse of military dictatorships. Nevertheless, despite the protesters’ determination, the existence of a particularly rigid pro-status quo regional political landscape further complicates the equation that could lead to actual political change.

*Editor’s note: This article was written before the events of 11/4/2019 that led to the ouster of President al-Bashir from power.

Demonstrations in Sudan are not a rare phenomenon. The country has experienced protests several times during the current decade, at first in the wider context of the 2011 Arab upheavals, as well as later in 2013 and 2018 respectively. However, forceful confrontation by the Bashir regime deterred any potential of success. Being mainly economically motivated and lacking the dynamism and decisiveness reflected in other countries of the MENA region at the time, the low proliferation of the demonstrations apparently did not represent a non-manageable challenge for the regime, which effectively managed to quell them.[1] Nonetheless, the ongoing wave of protests seems to essentially differ from past mobilizations. While the starting spark of last December’s protests was once again indignation over the economic issues, the rapidity with which they spread across the country and evolved to a clear demand for thorough political change is ground-breaking. The centripetal escalation of the revolt from the periphery to Khartoum -even in areas known as Bashir’s bastions- is further indicative of its dynamics.[2] The continuous spiralling economic recession is considered directly related to the Bashir regime’s sclerotic effect on the country’s political life for the past three decades. Its chronic inability to diversify the country’s oil-rentier economy -especially after South Sudan’s secession-, the lost control over the economy and the continuation of repressive rule based on racial marginalization and freedoms’ curtailing have been pivotal for creating fertile ground for serious civil unrest.[3] Bearing that in mind, the conditions for a Sudanese upheaval similar to those of Tunisia and Egypt appear to be relatively in place. Rising public discontent on a regional level, originating from economic and political reasons comes to complement a wider picture. In this context, we could argue that the protests in Sudan constitute a representative example of the situation in the region; one where several strongmen and regimes in the post ‘Arab Spring’ era, are still far from successfully promoting robust social contracts, hence risking a resurface of the dynamics unleashed eight years ago.

President Bashir is probably well aware of that. Having failed to respond meaningfully to the country’s economic and social problems, his response on the evolving events constituted a mixture of protesters’ demonization, suppression and superficial appeasement. This doctrine though, proved insufficient to curb the revolt’s dynamic. Divisive language, conspiracy clichés and orchestrated provocations haven’t just failed to rupture the cohesion of mobilizations but have instead backfired, reinforcing unity among the ranks of demonstrators. That unity was ironically expressed through the slogan “Oh, you arrogant racist, we are all Darfur”, following an attempt by the regime to instill racial traits to the revolt by blaming it to Darfuri protesters.[4] Under such circumstances, Bashir’s reliance on conservative parts of Sudanese society for legitimacy hasn’t performed as successfully as in the past.[5] Running low on public support, the subsequent mobilization of the state’s security apparatus and the declaration of ‘state of emergency’ along with the use of brute force did not come as a surprise. Yet, it is noteworthy that up to now, the regime demonstrates relative restraint in comparison to previous occasions. Excessive use of force by both the security forces and regime-affiliated paramilitaries may trigger a decisive response from the US, thus seriously risking to jeopardize any progress made towards Sudan’s reconciliation with the West in the past years. For Bashir -who is already indicted by the ICC for crimes against humanity in Darfur-, provoking further condemnation from the West, could very well result in further isolation and consequently to the loss of his last politically ‘credible’ card; Sudan’s exit from prolonged international isolation.[6] Paradoxically, the ‘militarization’ of the country’s provincial administration and the army’s role in the ‘state of emergency’ are rather used as safety valves for Bashir, keeping him in power as he attempts to buy time, waiting for the demonstrations to eventually stop.[7] Nevertheless, the army’s allegiance stance should not be taken for granted; increased political isolation of Bashir may not guarantee his survival in case of an escalation that could pose dilemmas to the generals, forcing them to pick a side and actively engage. Meanwhile, efforts to appease the popular sentiment through abstract growth promises and his stepping down as the head of the governing party, appear to have little chances of reducing popular support for the protests.  To the contrary, the demonstrations’ dynamics have activated a long-fragmented opposition, resulting in the signing of the Declaration for Freedom and Change which calls for a transitional government.[8] Given the situation, Bashir’s margin of manoeuvre is evidently quite limited. Nevertheless, underestimating the regime’s and his own determination to hold on to power would be a mistake. Be that as it may, despite the domestic pressure and the level of his political delegitimization, Bashir has another ally to whom he probably counts; the resurgent counter-revolutionary status quo that emerged in the aftermath of the 2011 Arab upheavals in the wider region.

Notwithstanding the domestic front where the prospects for the Sudanese President are rather stark, in his near abroad the situation differs. Bashir’s relationship with Saudi Arabia and the UAE is one of mutual interest. In Sudan, the two Gulf countries have found a willing ally to assist them with the necessary ‘boots on the ground’ in their war in Yemen. In return for its 14000 troops commitment, Sudan receives precious economic aid from the UAE, and Saudi lobbying on its behalf in Washington.[9] Further, having an excellent relationship with Saudi Arabia hasn’t prevented Bashir to maintain a neutral position regarding the Saudi-Qatar dispute, hence securing good relations and political backing from the latter. The relatively limited coverage of the protests by the mainstream Gulf media may as well represent -among other factors- a telling indication of how these are perceived by the monarchies. Turkey on its side has bolstered its relationship with Sudan through a series of economic and trade deals. Those deals include infrastructure investments as well as the leasing to the former of the Suakin island in the Red Sea for the development of naval facilities. A developed partnership with Bashir’s Sudan represents an excellent link for Turkey’s regional agendas -one that Erdogan definitely wouldn’t want to lose in case of Bashir’s fall-.[10] Egypt’s Sisi for his part, despite long disputes between the two countries, openly backs Bashir, opting to extract his cooperation for a favourable resolution of chronic border disputes, as well as backing on opposing Ethiopia’s GERD project in the Nile. Under the façade of enhanced security cooperation in the name of stability in Sudan, Egypt seems willing to bargain hard on its support to Bashir in his time of great need.[11] Therefore, it is evident that for his neighbours, Bashir seems to be the “useful man”. The nature of his ‘usefulness’ regarding the regional players’ interests, could be characterised as valuable, albeit fundamentally opportunistic and fragile to the extent that no guarantees are in place about continuous support in case of further prolongment of the protests. Instead, the common ground where all his regional backers’ concerns seem to converge, is the early prevention of a potential spillover of the Sudanese uprising in the region. Should an autocrat be once again overthrown by a popular uprising, chain reactions similar to those of 2012 may be generated, posing serious threats to the stability of the post-Arab Spring resurgent authoritarianism in the region.[12] The Gulf monarchies resent such a scenario, while in Egypt the Sisi regime which hasn’t be able to reverse the country’s dire economic situation, probably can’t afford to be tested with yet another revolution. In this respect, on one hand, cash injections from the Gulf and close political and security cooperation with Egypt aiming to help Bashir draw some support away from the protesters, might function as an external lifejacket able to keep the regime afloat. On the other hand, should the situation in Sudan continue to deteriorate, the president’s regional backers may pragmatically reconsider, as they could try to adapt and to acquire a stake in post-Bashir Sudan than getting themselves enmeshed into another costly support of a downfalling dictator.

With Omar al-Bashir on the wheel of Sudan, the country’s economic situation will most probably continue to deteriorate in parallel with the long-term political suffocation, thus providing meagre motivation for compromise to the protesters. If the peaceful revolt continues with the same dynamics, the Sudanese strongman may find it difficult to sustain his presence in power. Furthermore, even if the protests come to an end due to withering public participation, the conditions for a future resurgence will hardly eclipse. The ambient atmosphere in the region also points to that direction. In the final analysis, while Bashir has demonstrated remarkable resilience for thirty years, the remembrance of the peaceful revolutions of 1964 and 1985 in Sudan constitutes a very powerful counter-argument.

[1] Gjorvad, Nicolas, “The Sudanese protests and the legacy of the Arab uprisings”, openDemocracy, (1/2/2019) https://www.opendemocracy.net/en/north-africa-west-asia/sudanese-protests-and-legacy-of-arab-uprisings/