Towards a new page in Baghdad-Erbil relations in post-referendum era? 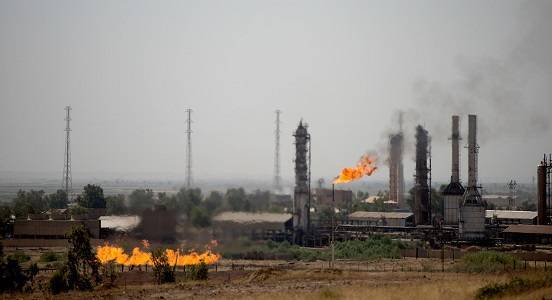 Relations between Erbil and Baghdad have been ofttimes strained in the past. Lately, following the fallout of the 2017 referendum of independence, KRG lost most of its tools for leverage in negotiations with Federal government. That has been evident in the military invasion and finally re-establishment of Central government’s control over Kirkuk and most of the disputed territories, and given the international, notably US, silence. One year later, after the Iraqi and Kurdistan Region’s parliamentary elections in 2018, hopes are relatively renewed. However, as long as key issues in their disagreements remain unsolved, these hopes can easily fade away.

The Kurdistan Region of Iraq (KRI) has been confronted to a serious economic, political and humanitarian crisis, seriously aggravated since its territorial loss, notably that of oil-rich Kirkuk, and a new refugee flow towards its provinces. Furthermore, its debt has been estimated to be more than 52 billion dollars, mostly increased by the fall of the oil price and the war against ISIS; the latter resulted in a generalized insecurity which led to the drop of foreign investment. Moreover, Iraqi government’s harsh economic response to the 2017 referendum on Kurdish independence sought to sanction and humiliate the Kurdish Regional Government (KRG). Thus, KRG had also to deal with the closure of its borders and airspace, the embargo on oil trade, the blockade of the humanitarian aid to refugees in KRI along with a reduction of the budget granted to KRI from 17% to 12,6%, voted on March 2018.[1] KRI’s limited budget, which had been suspended since 2014, resulted in KRG’s inability to pay the civil servants’ salaries. Consequently, multiple anti-government protests were triggered, in all big cities of KRI, not only against the unpaid salaries, but also against corruption, mismanagement and nepotism.[2]

Within this context, relations between the Iraqi Federal government and KRG further deteriorated and key issues of disagreement in their relation have remained unsolved hitherto. Specifically, the demarcation of KRI borders and particularly the settlement over the disputed territories – located in Nineveh, Kirkuk and Diyala provinces - which was to be solved by the end of 2007 as the Article 140 of the Constitution had stipulated, have been a serious point of friction between Baghdad and Erbil. The census and the referendum, also included in the Article 140, were never implemented, leaving unsolved the status of the disputed territories, particularly that of the oil-rich city of Kirkuk, which has constituted the bone of contention between Baghdad and Erbil. The seizure of Mosul by ISIS in 2014 has been a turning point for KRI and its aspiration for independence. Mosul’s fall seriously undermined the Iraqi state while challenging its viability as a united state giving thus more impetus to Iraqi Kurdistan to advance its independence. Additionally, the inability of Iraqi federal government and KRG to reach an agreement regarding the disputed territories’ status led finally to the setup of the 2017 independence referendum.[3]

The “Jerusalem of the Kurds”, as Jalal Talabani called Kirkuk in 2011 during a commemoration speech, has become lately the main theater of tension between the Iraqi government and KRG.[4] Following the 2017 referendum, Iraqi forces launched an offensive on Kirkuk and the other disputed territories and re-established their control in mid-October. These territories have been formerly controlled by Peshmerga forces who had fought therein against ISIS and had took advantage of the Iraqi army’s withdrawal. Yet, the determination of Kirkuk’s status does not constitute a focal point only within the conflict between Iraqi federal government and KRG, but also at a local and regional level: communities in Kirkuk, notably Turkmens, fear that Kurdish control of Kirkuk would result in their marginalization, while for Turkey that would translate into the empowerment of Kurds. [5]

At the same time, serious areas of dispute between Erbil and Baghdad concern the lack of a law regulating contracts, selling and revenues from oil and gas in KRI, as well as sharing of the national budget. Moreover, the fact that the Peshmerga forces have not merged with the Iraqi security forces, alongside the mutual questioning of the legality of the two forces complicate further their relations. The aforementioned unsolved issues do not only undermine the federal nature of Iraq as a whole threating seriously its future integration, but endanger its security and political order as well.

Nonetheless, the results of Iraqi parliamentary elections held in May 2018 seem to bring about hopes of enhancement of Baghdad-Erbil relations. The Sairoon Alliance led by Shi'i cleric Muqtada al-Sadr, opponent of both US’s and Iran’s influence in Iraq, won most of seats, 54 out of 329, Fatah Alliance led by pro-Iranian Hadi Al-Amiri won 48, while Kurdistan Democratic Party (KDP) won 25 seats despite repercussions of last year’s referendum. Shaping government took nearly five months, leading to a coalition between Sadr and Amiri, and two outcomes were of great significance: the electoral loss of Haider Al-Abadi, despite the US strong support, and the election of Adil Abdul-Mahdi as Prime Minister, whose election has been positively received by Kurds, as he is considered to be familiar with the Kurds and has good relations with Kurdish leadership.[6] Moreover, the designation of Abdul-Mahdi as Prime Minister and that of Barham Salih (PUK) as President of Iraq - both unaffiliated and largely viewed as technocrats – suggests a possible future rupture with the sectarian and party-based Iraqi politics while highlighting Daawa’s and KDP’s defeat.[7]

Concerning the parliamentary elections for the fifth session of KRG held on 30 September 2018, results were only announced three weeks later raising serious questions on their validity and were finally rejected by the main opposition parties.[8] The KDP came first winning 45 out of 111 seats in total - despite the fallout of the independence referendum - while its rival, PUK, won 21 seats and Gorran Movement 12. It is noteworthy that the turnout was the lowest in the history of the Kurdistan Region, whilst the huge vacuum created by the death of PUK’s leader, Jalal Talabani on October 2017 is still evident.[9]

In light of the Iraqi and Kurdish parliamentary elections, a certain progress has been made while we can witness steps for normalization and cooperation between Baghdad and Erbil. Previously, the lift of the international flight ban in March 2018, as well as the participation of KRI in the Iraqi parliamentary elections in May 2018 certainly provided an evidence of the normalization of their relation.[10] Additionally, security cooperation and joint military development against the ISIS threat emerge as a platform to enhance their relations.

Indeed, the first official meeting, since the clashes of October 2017 in disputed territories, was held between Iraqi Federal government and KRG on 4 February 2019. This high-level meeting has been viewed by the deputy Minister of Peshmerga, Sarbast Lezgin, as the first step to normalize the relations between Erbil and Baghdad and to develop cooperation and coordination in disputed areas against the ISIS threat.[11] In these areas, ISIS has exploited to its advantage the security vacuums created by the clashes between Iraqi Security Forces (ISF) and Peshmerga following the 2017 referendum of independence.

Military intervention of ISF and Peshmerga against ISIS proved successful during the early phases of the battle for Mosul. Its end after the takeover of Kirkuk by ISF has undermined and put the area’s security in jeopardy. Despite Iraq’s declarations of victory over ISIS in late 2017, the jihadist group’s presence remains sizeable whilst it has carried out numerous attacks in disputed areas such as Nineveh, Diyala, Salahuddin and Kirkuk provinces; from 2017 to 2018 ISIS attacks doubled in Kirkuk.[12] Having strongly encouraged both sides to cooperate against ISIS, Washington views positively these developments and is monitoring their progress.

Lastly, progress between Erbil and Baghdad has been also made in the oil sector, under US pressure. Indeed, they reached an agreement allowing KRI to resume oil exportations from Kirkuk, independently of Iraqi central government, which would be beneficial in economic terms not only for the Kurds but also for Baghdad in order to have revenues for the country’s reconstruction.

Despite the initial optimism regarding the newly formed Iraqi federal government, questions remain whether Abdul Mahdi' government could address the myriad problems and challenges Iraq currently faces, given inter alia the rivalry between Sadr and Amiri. With respect to KRI, negotiation debate and further steps towards the settlement of the status of the disputed territories, the sharing of national budget, the exploitation of KRI’s natural resources, alongside the joint dealing of the renewed threat from ISIS could in fact cement and finally enhance relations between the Iraqi federal government and KRG.

[3] Gunes, Cengiz, The Kurds in a New Middle East. The changing geopolitics of a regional conflict. Palgrave Macmillan, 2019.

[4] Rasheed, Amjed, “The Kurdish Cause in Iraq: From the Second Republic to the Fall of Kirkuk (2003-2018)” in Eriksson, Jacob, Khaleel, Ahmed (eds.), Iraq After ISIS, The Challenges of Post-War Recovery, Palgrave Macmillan, 2019